Disconcerted I steep out from the basement. Some seconds ago the sky was blue and the sun was shining. But, things changes and now I´m gazing into some heavy big raindrops that comes smashing down from a now totally fray sky.

Time to reconsider this day

The plan was to head up with the first train towards Montanvers. Slide down the playful ladders, cross in ”Merde du Glace” over to the Charpoua side for a climb on Flammes du Pierre. But with a new ”live” weather rapport, that didn’t sound as good idea as before

So, instead we are sitting on the stairs looking on eatch other and wondering what happened!? 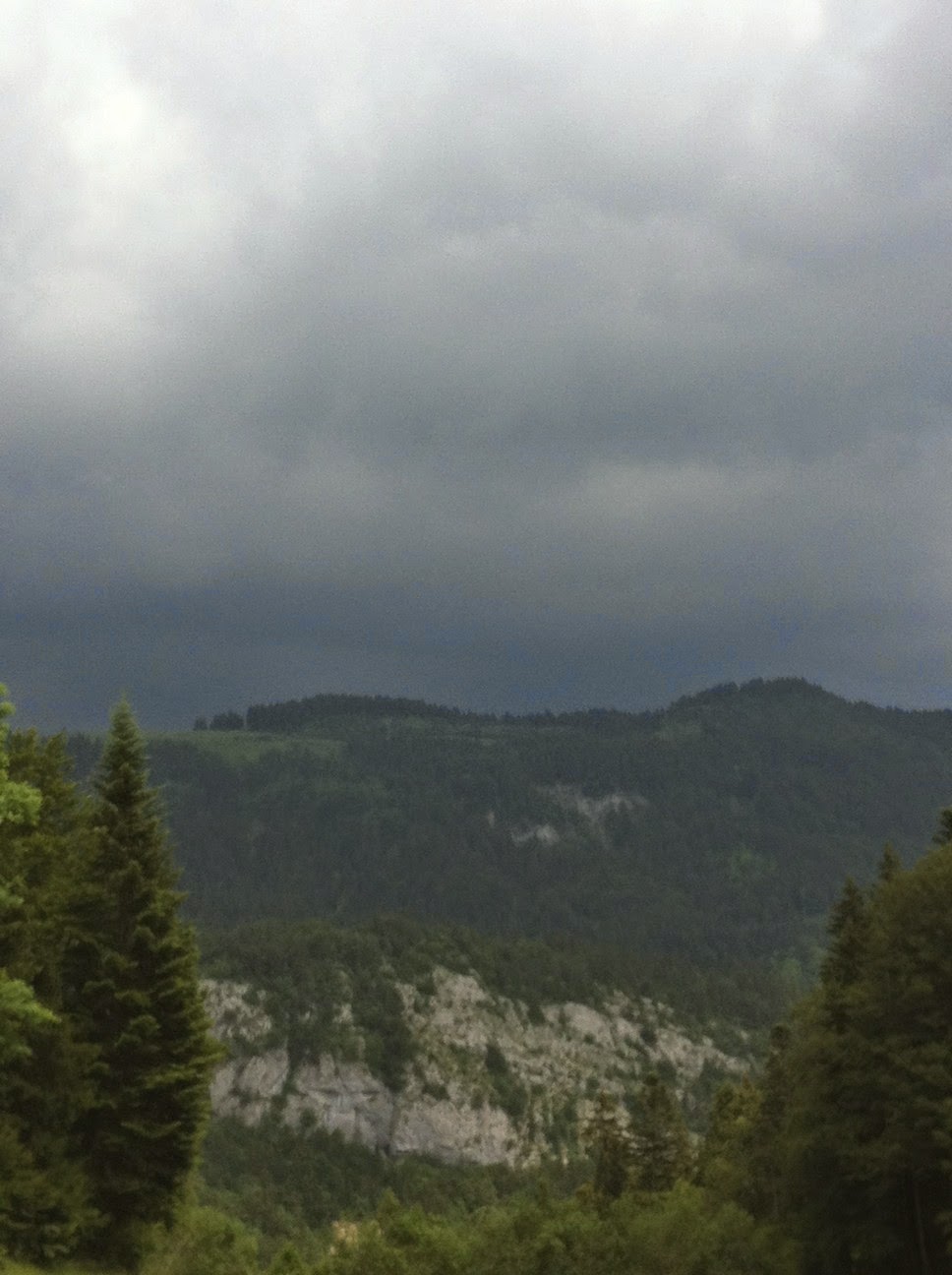 Where did THAT come from!?

Either of us is specially interested in doing this walk in the rain and defenitly not interested in a hike back up the glacier ladders back to Montanvers in some thunderstorm. So better to steep back and find an option for the day. Trying to turn the focus to some single pitch sport climbing doesn’t seam to fancy either of us. The necks hanging even deeper when that comes up as an alternativ.

Maybe, just maybe isn’t there a slight chance for an Aiguille Rouge trip instead. The side where the suns always shines!

We defies the small amount of raindrops, which now feels more like a nice summer breeze compered to the hammer fall just half an hour earlier.

And the crack god is with us, the very top of Brevent is enjoying it self in a most bright and beautiful sunny spot. Glittering as ever 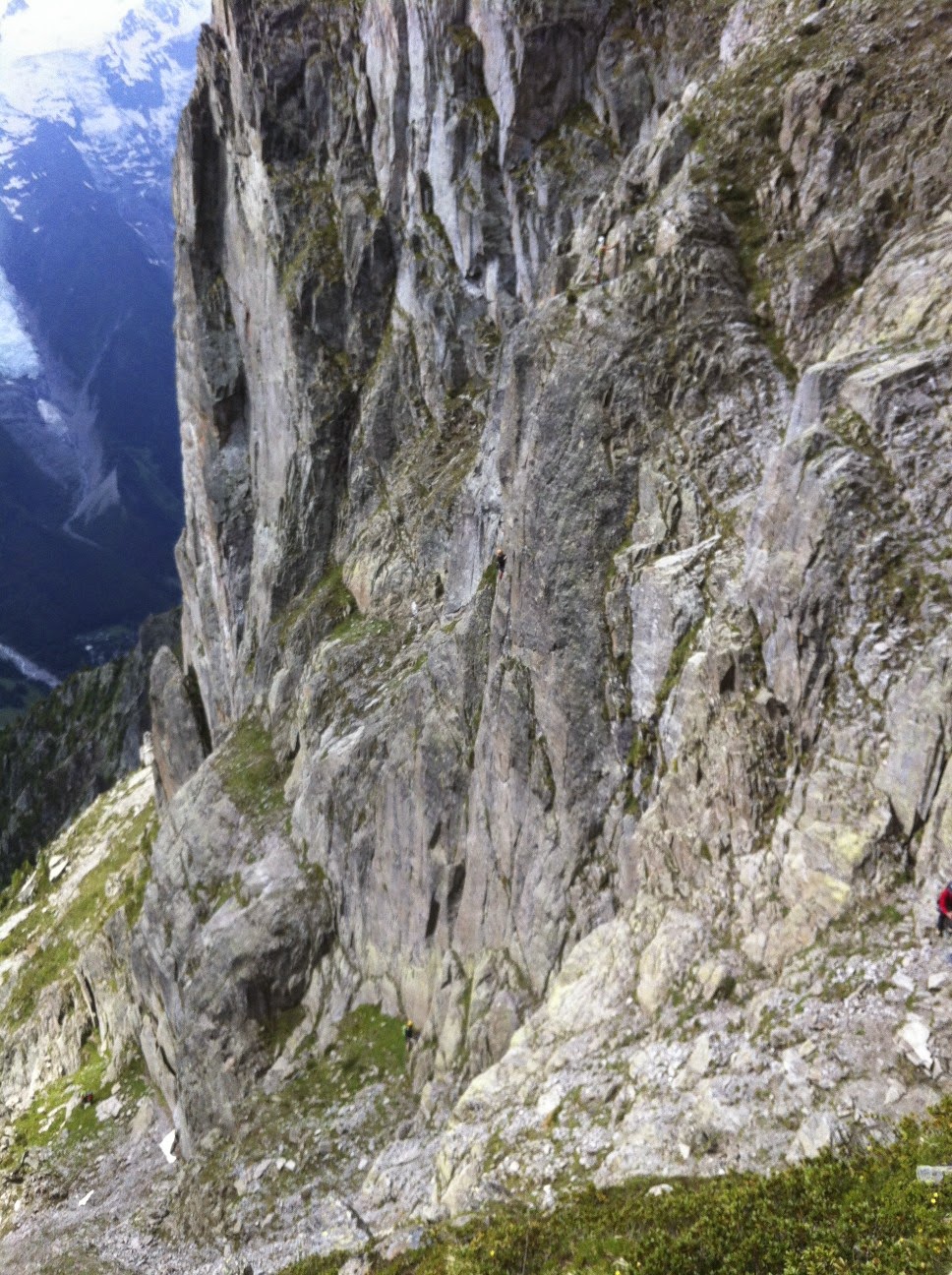 the start of "Premier de corvée"

Still on the site du depart, there is still a bit of rain but nothing that we can’t ignore. We are on our way…

Climbing on Brevent is from a climbers point of view just great. The approach is made over 2 quick lifts. Which sends you up and over the climbs so you get a most perfect sight of the climb from above. The walk down to the start is some 10-15min and impossible to fail on

Just take an aim for the trafficked ”Frison Rouge”, where you see a big number of people. That is that one! Instead I would suggest to read about monsieur Roger Frison, a most impressive person 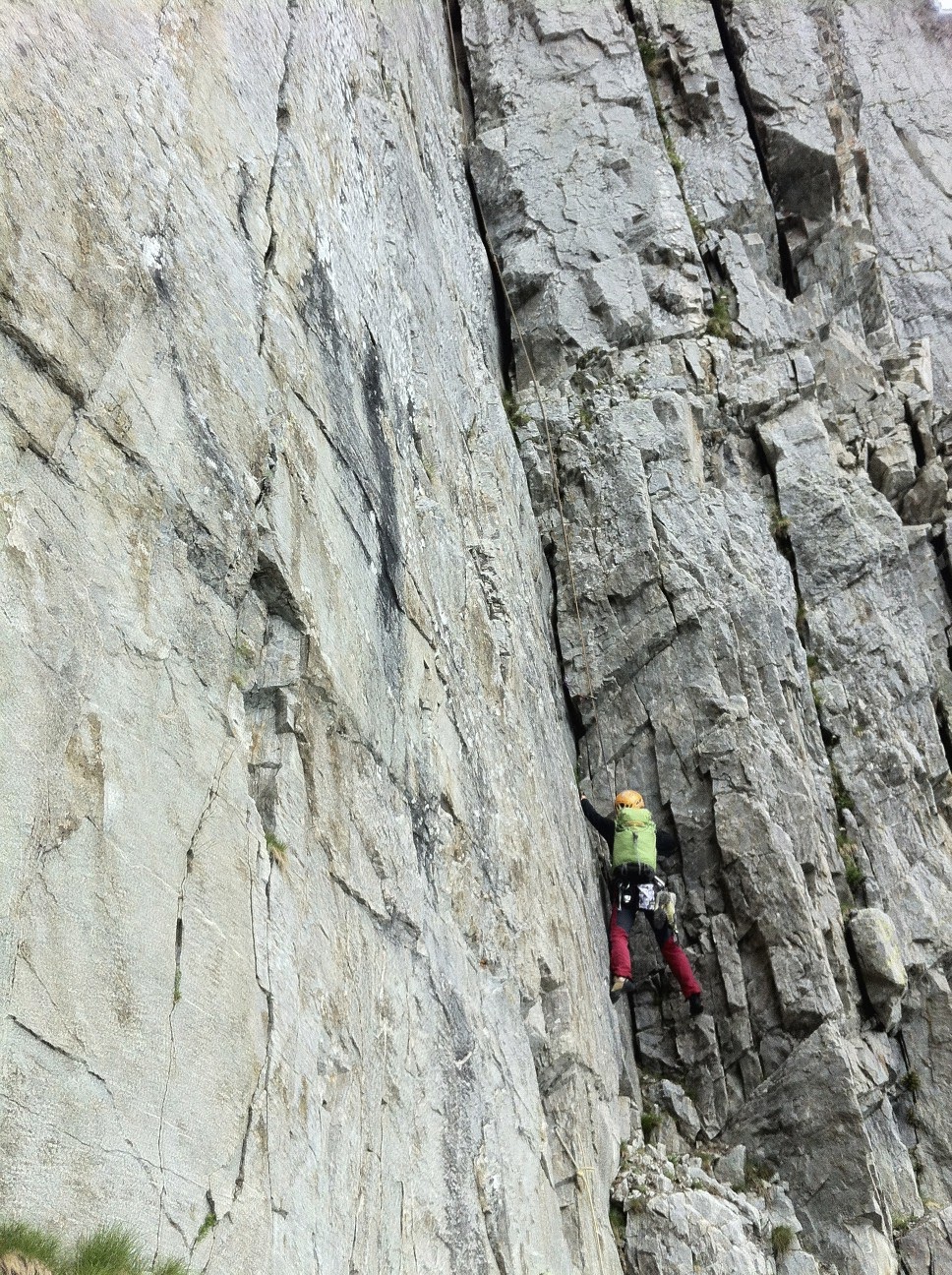 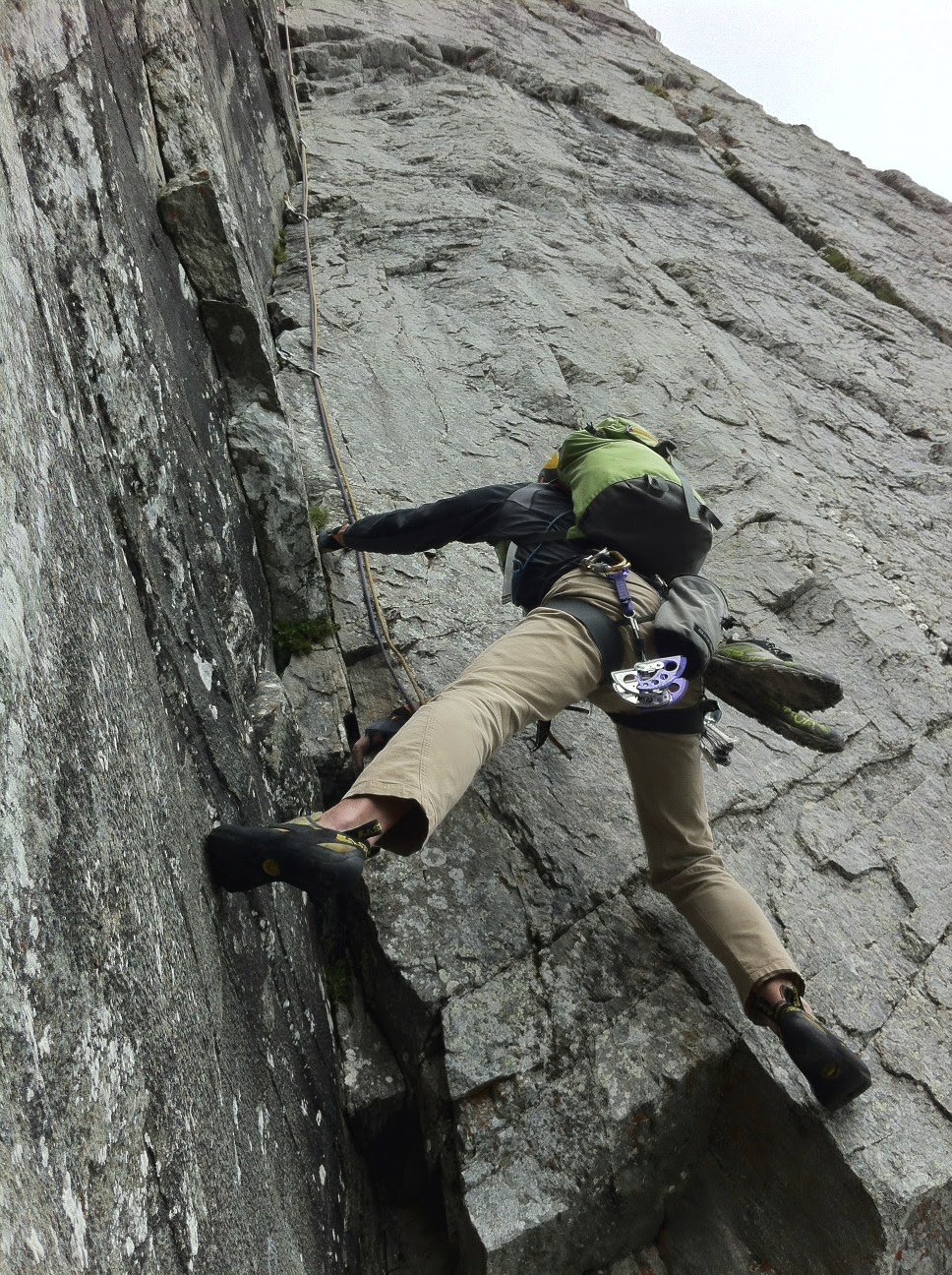 There is a number of nice climbs on the top of Brevent, Téléphérique du Brévent

Since we was geared on a trad climb the choice fell on ”Ex Libris” 6b with the start of ”Premier de corvée” to get a bit longer and more direct line. Nothing super fancy or hard, just enjoyable and with the nice view over the Aiguilles de Chamonix

And since there are no bolts, exept on the belays, the route still feel like an ”real” route. With nice undamaged cracks over 5 pitches. And as always in Chamonix, don’t let the grade foul you! Once at the start the weather still seems to hold on the bright side, even warm. And off course its impossible not to think about sour main course for the day. Specially since its just improving. Teamed up with us is a couple if Italians from the southern part of the great espresso / pasta country. And as always they make a good company and gives a bit more amusement on the belays

The first pitch ”de corvée” is a bit of a bouldering kind. Short sections of tricky tricks, most entertaining. Second and specially the 3rd one is very nice. With a beautiful gnejs crack.

The last 2 pitches is said to be loose. But nothing spectacular, we found it just as it normally is in the mountains. A route well worth climbing! 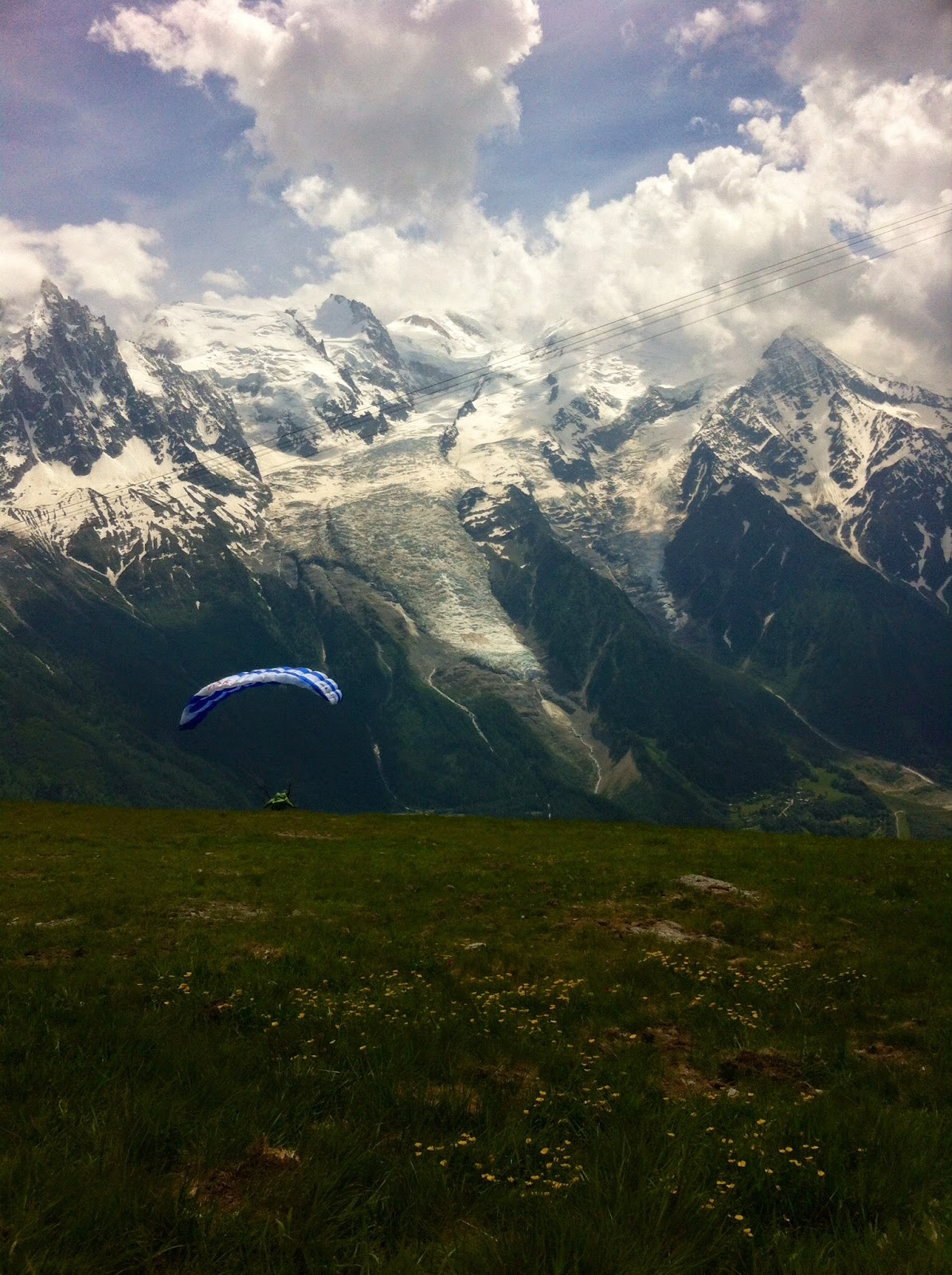 And the descent, either take the lift all the way, or use the good equipped take-off place from Plan Praz, et voila 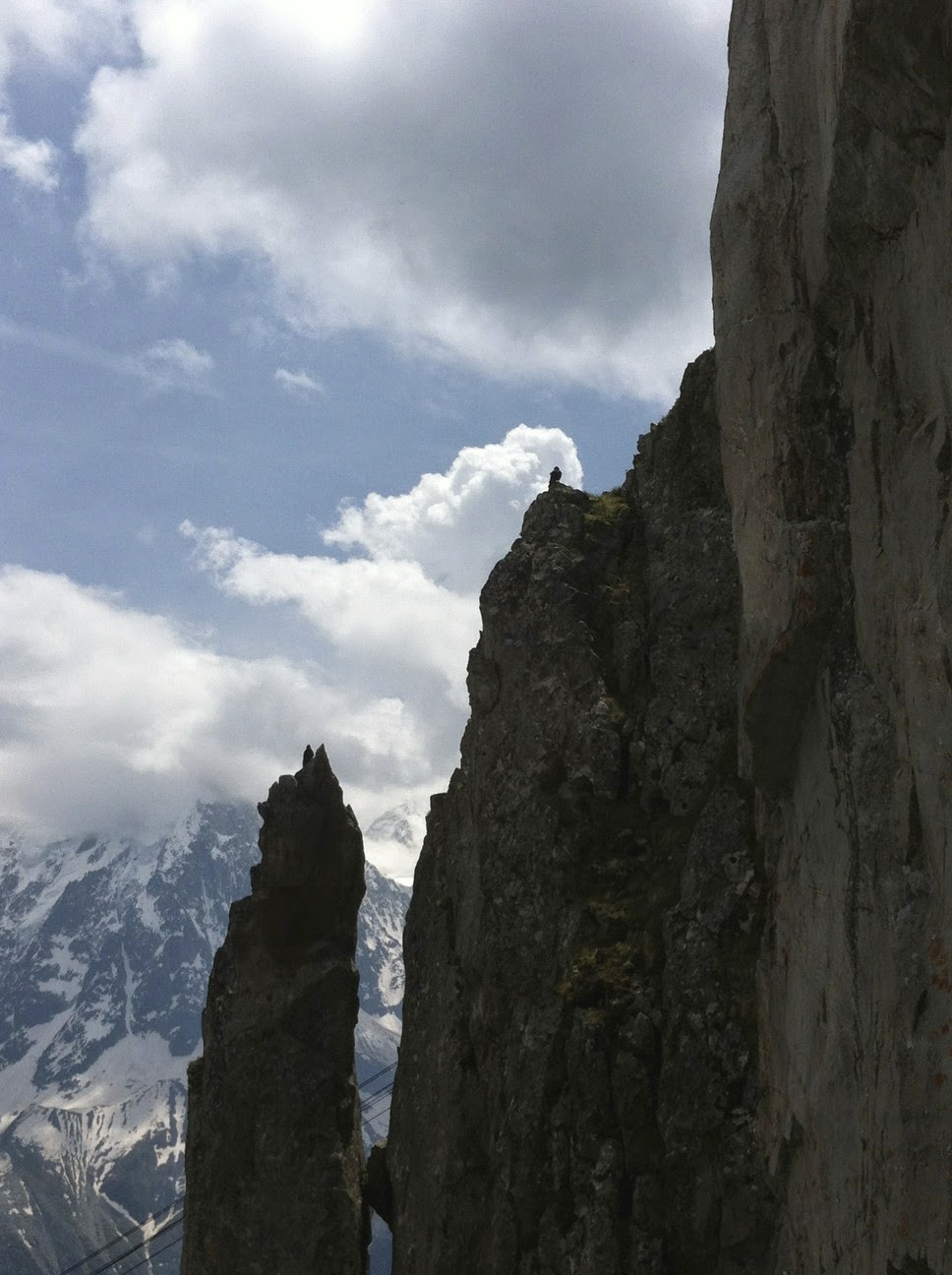 All bealys in place but needs free biners and sling

More info at Camp to camp